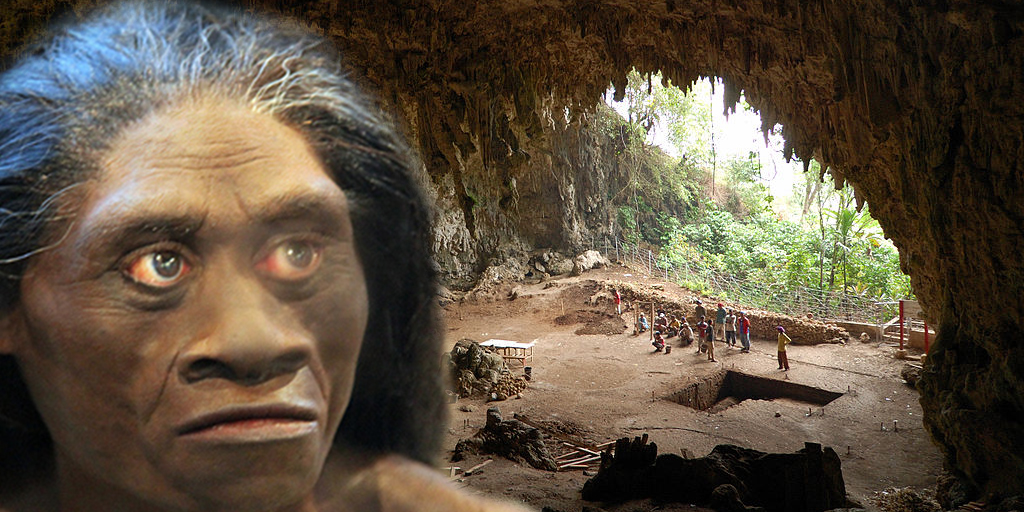 After the discovery of the fossil remains of Homo floresiensis in Indonesia (a.k.a. “the hobbit”), scientists speculated that the Pygmy population living today in the island of Flores could be descendants from this mysterious ancient hominid. Based on DNA evidence, a team of researchers now excludes this scenario.

In 2004 archaeologists found a skeleton of a very small hominid in a cave on Flores Island, Indonesia. Nicknamed the "hobbit" (officially Homo floresiensis), this hominid who lived 60,000 years ago is still considered a mysterious species, which relationship to modern humans is currently unknown.

Today the same island is inhabited by a population who also is characterized by an exceptional short stature. For this shared feature, scientists wondered if the ancient hobbit could be the ancestors of the today living Flores pygmies. An international team of scientists has now sequenced and analyzed the genomes of 32 inhabitants of the island to understand their genetic ancestry. The researchers discovered evolutionary changes associated with diet and short stature, but they could not find any evidence of genetic elements that might have come from H. floresiensis. Short stature might have thus evolved in the island independently for the ancient and the modern inhabitants.

"If there was any chance to know the hobbit genetically from the genomes of extant humans, this would have been it. But we don’t see it. There is no indication of gene flow from the hobbit into people living today," said Richard E. Green, associate professor of biomolecular engineering at UC Santa Cruz and corresponding author of a paper on the findings published on 3/07/18 in Science.

Thus far, no one has been able to recover ancient DNA from the H. floresiensis fossils. Without a direct genetic connection to the ancient remains, the researchers instead searched the genome of the living pygmy population for any evidence of DNA sequences that could have been inherited from an unknown ancient human lineage, compatible with the ancient divergence of the hobbit. Similarly to other populations of the region, the Flores pygmy have a small amount of DNA from Neanderthals and Denisovans, two ancient sister species of humans, but nothing that could relate them to more ancient hominin species.

What makes them different is a signature in genes related to height and diet. The researchers found indeed a high frequency of genetic variants associated with decreased height. This indicates that the evolution of short stature in the Flores pygmies was the result of natural selection. The evolution of reduced body size in large mammals on islands is a common phenomenon, often attributed to limited food resources and freedom from predators. At the time of H. floresiensis, Flores was also home to a dwarf elephant.

It is interesting that two different human species, one modern and the other now extinct, independently evolved short stature on Flores Island. For now, however, the origins and relationships of the Flores hobbit, H. floresiensis, remain a mystery.

This research involved a large international collaboration including universities in the USA, Europe, Australia and Indonesia.

Adapted from the original press release at UCSC