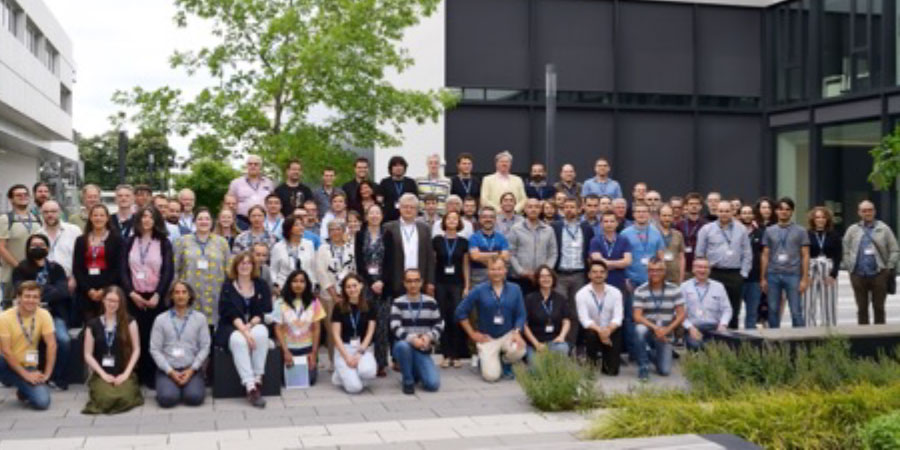 Scientists from the leading dark matter experiments came together this week at the Karlsruhe Institute of Technology (KIT), joining forces to design and build a future dark matter detector within the XLZD consortium. The XENON and LUX-ZEPLIN collaborations currently each operate some of the most sensitive experiments ever built to detect rare particle interactions, such as those expected from dark matter or neutrinos. The DARWIN collaboration, uniting XENON and new members, is planning a next-generation observatory for rare-event searches based on the liquid-xenon technique. This week, these collaborations came together to jointly work on the next-generation experiment, which is expected to take data later in this decade.

At the meeting in Karlsruhe, the scientists discussed how this experiment can be realized together. The project is expected to make dramatic advances for our understanding of dark matter, the dominant form of matter in the universe. The same experiment will also advance our understanding of how our Sun creates its energy through the study of neutrinos that directly come from the core of our star. Further discoveries may be made through the study of rare nuclear decays. “I am thrilled about the enormous potential of this detector” says Prof. Laura Baudis from the Department of Physics, Faculty of Science, University of Zurich. “With one experiment, we will simultaneously learn about dark matter, neutrinos, our Sun, nuclear physics, particle physics, and even cosmology”. Prof. Hugh Lippincott from the University of Santa Barbara added: “Here we have the best teams in the search for dark matter joining forces, to get to the bottom of this cosmic riddle. We are motivated to do the science, and this meeting has made it clear that we also have the necessary expertise to build this observatory in the coming years.”

A recent whitepaper outlining the science case was signed by over 600 scientists from 150 institutions in 28 countries, underlining the international scope and support of the project. "We had signed a Memorandum of Understanding already in 2021”, says Prof. Kathrin Valerius from KIT, "and this meeting was a great success. It allowed us to further solidify our joint scientific work that we had so far only been able to do remotely over the past year."